Australia and New Zealand Out of Rugby League World Cup

Rugby fans will not be able to root for Australia and New Zealand’s national teams at the World Cup this year. Both teams have expressed concerns over COVID-19 and player safety, mainly regarding how the pandemic and resulting restrictions were being handled in the UK.

“There are stark differences between how the pandemic is being managed in the UK compared to Australasia, and recent developments have highlighted how quickly things can change,” said Greg Peters, New Zealand’s manager.

“The tournament organisers have moved heaven and earth to make this work, so it is not an easy decision, but the COVID-19 situation in the UK shows no sign of improving, and it’s simply too unsafe to send teams and staff over.”

Peter V’landys, the Australian Rugby League Commission chairman, shared the sentiment, adding that protecting the players is an “absolute priority.” Right now, almost half of Australia is under lockdown, so these concerns are absolutely valid.

“In the current environment, the risks to the safety, health and wellbeing of the players and officials travelling from Australia to participate in the tournament this year are insurmountable. We have again requested the IRL and Rugby League World Cup consider postponing the event until 2022 to enable all players to participate,” said V’landys.

Team withdrawals weren’t met with a lot of understanding from the RFL officials, though. For example, chairman Simon Johnson called out the decision “selfish, parochial and cowardly.” Johnson said he’s against postponing the event as it would clash with the FIFA World Cup and Commonwealth games, two major sporting events in 2022. According to Johnson, the tickets have already been sold, so it will be tough explaining to the fans that they will not see Australia’s team playing in Wales in October.

Tournament organisers said in a press release that they believe this move may lead to broader consequences for the League. There will be another statement after a meeting with the stakeholders to determine the future course of the tournament.

The Rugby League World Cup is supposed to start on October 23. England is hosting the tournament this time, with 14 national teams set to compete for the title of world champions. It’s still a bit early to place your bets at popular sports betting sites, but one thing is sure – don’t bet on Aussies or Kiwis just yet. 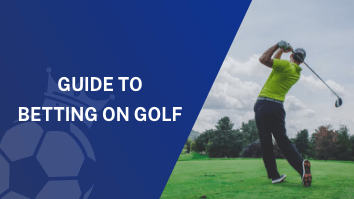